Designing a new experience to pay and request within a group.
Role
UX Designer & Researcher
Skills 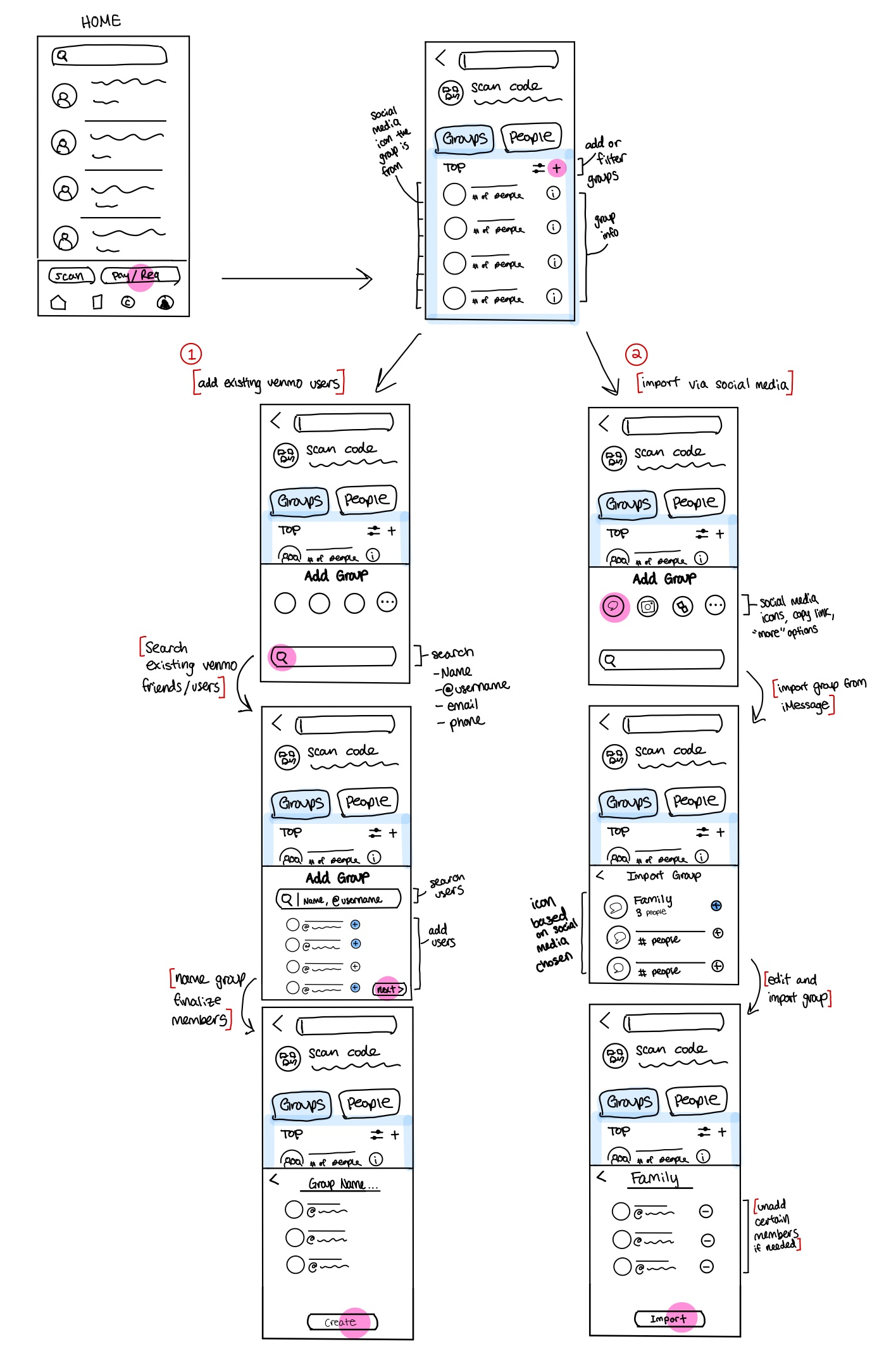 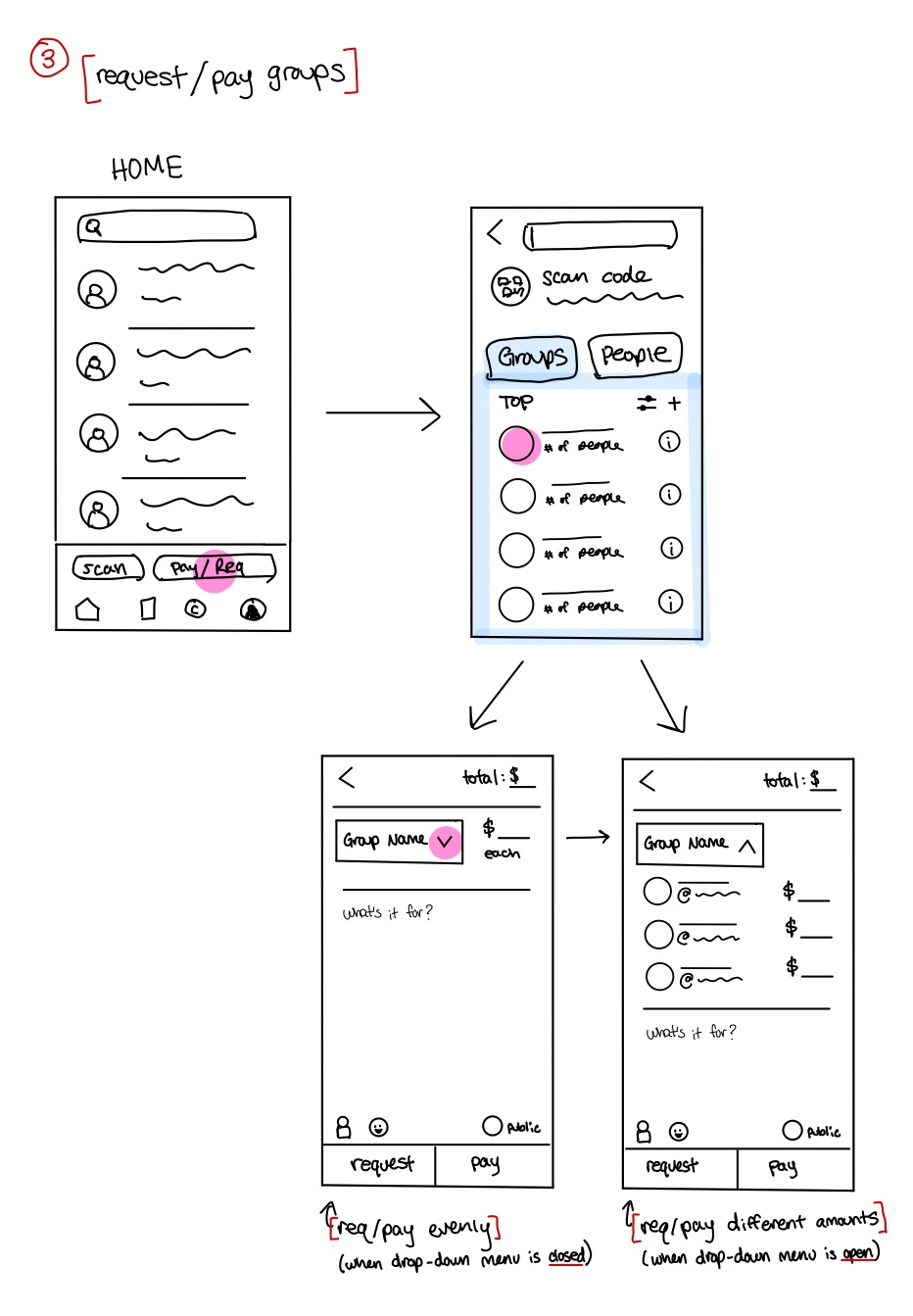 Notes
This is a case study and all wireframe components I made from scratch in Figma to mimic the look of Venmo.
Background

Venmo is a digital wallet that allows users to request or pay another person from their mobile device. The service makes paying and requesting others a convenient and social activity drawing in a range of users from students to small businesses.

In this case study, I:

I recruited 12 users to discover (1) why, where, and how Venmo is used (2) frustrations with the app (3) any other money-sending apps and why users liked/disliked them. After compiling results from the user interviews, I found that a common frustration people had was splitting a bill within a large group.

When users want to split a cost within a group they want:

After sorting through an affinity diagram, I found four main areas of improvement: Money Management, Versatility, Security, and Paying & Requesting. I decided to tackle the last insight, since I found that a majority of Venmo users use the app in social situations and struggle with group payments. Social situations can include paying or requesting money for Uber rides, restaurant meals, grocery runs, or even rent and utilities.

I thought of two methods of creating payment groups to solve the group-pay problem.

I decided to create some initial flows that combined these two methods.

Once the user has added a group, they can either

In reference to my initial user flows, I mapped out the information hierarchy. This hierarchy emphasizes the group feature and ensures it exists separate from the people list. This hierarchy also doesn't disrupt the original home screen, and follows the familiar user flow of clicking the "pay or request" button to access users.

So who's up next? Simplifying the trampoline park experience for kids.
Learn more
View
front-end design intern

A responsive and interactive website for a Korean restaurant in Ithaca.
Learn more
View
Rapid Prototyping

To build a machine that places beads onto a pegboard, based on a data file.
Learn more
View
3D Product Design